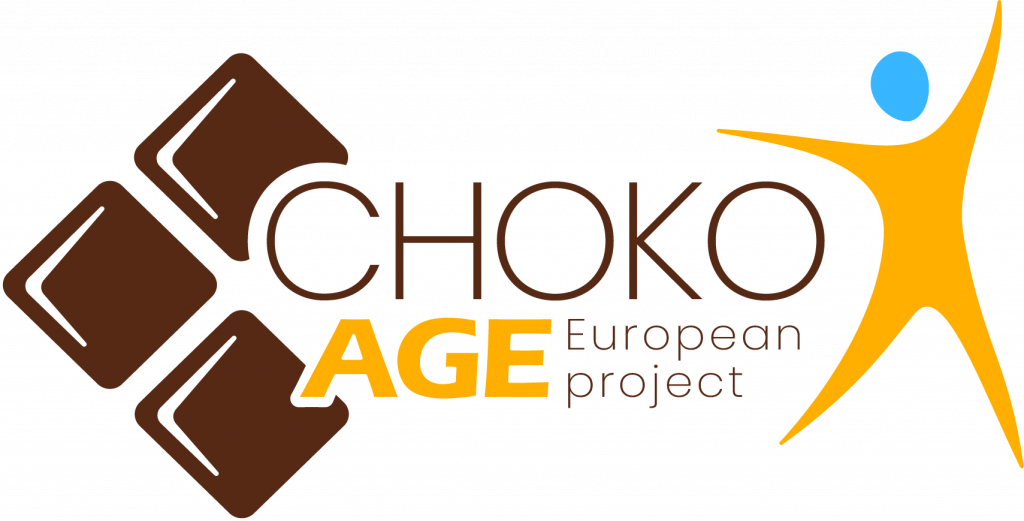 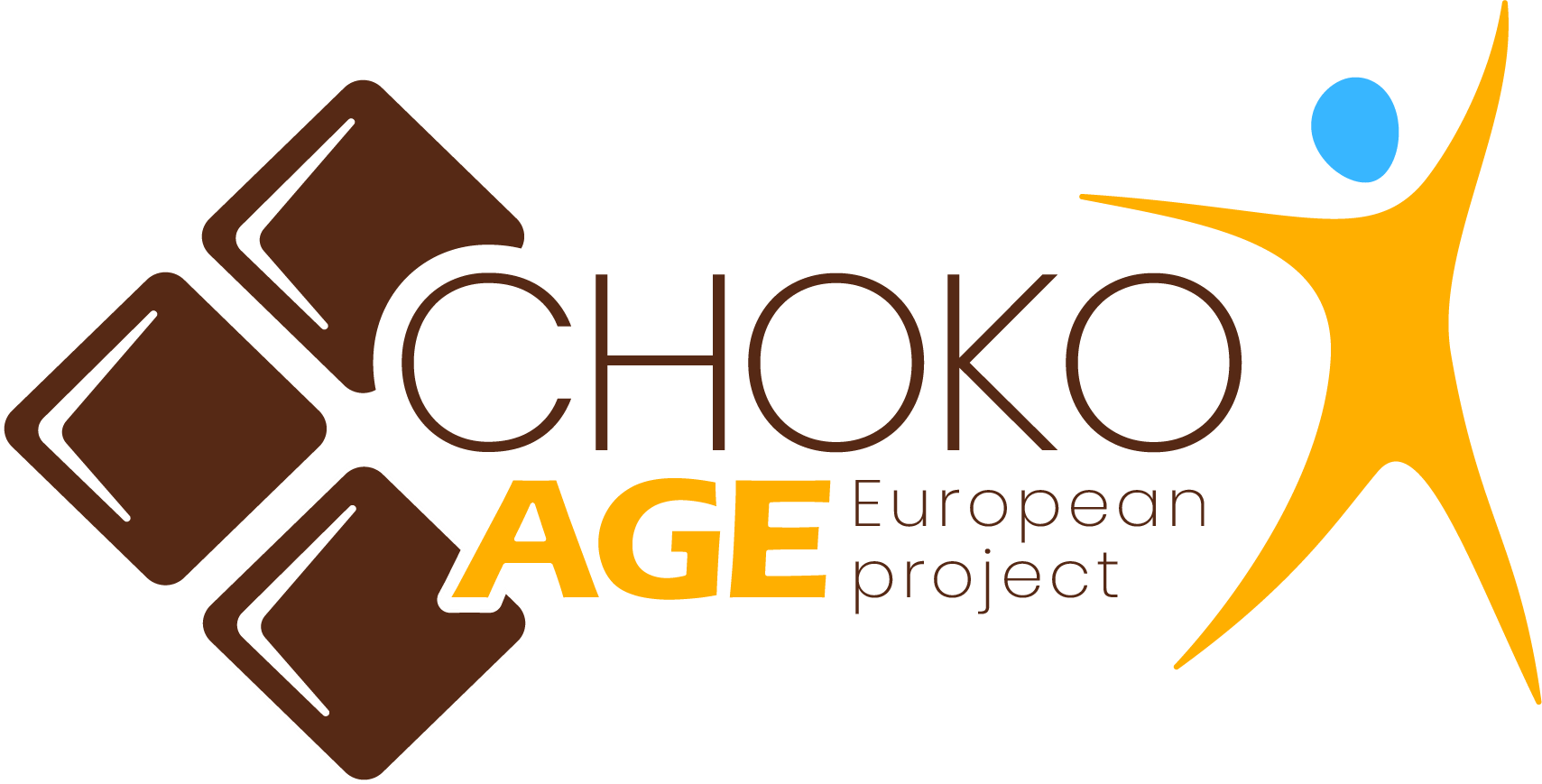 On August 23rd 2022, just before the Redox Biology Congress 2022, the 3rd Vitamin E Satellite Symposium (VESS-3) took place. The event was dedicated to the celebration of the 100 Years of discovery of Vitamin E. the Event took place at….

As vitamin E plays a key role in the Choko-Age Project’s research activity, both the symposium and the joint conference were crucial moments for promoting the Project and sharing some of its early results. In fact, several members of the Choko-Age research team joined the event, such as….

The name vitamin E, was given by Barnett and Sure who suggested that the factor proposed by Evans and Bishop as substance “X,” be termed vitamin “E“ as the next vitamin after the A, B, C and D vitamins had been already described. The identification of vitamin E with a-tocopherol was made in 1936 by Evans’ group. One year later β-tocopherol and 11 years later δ-tocopherol were isolated. Tocotrienol (named zetatocopherol) was first described in 1957 and later isolated in 1961. The antioxidant property of tocopherols was reported by Olcott and Emerson in 1937. Inherited vitamin E deficiency, AVED, characterized by a form of neuromyopathy was first described in 1981. The disease was localized to chromosome 8q and found to be caused by a mutation of the a-TTP gene. Later work has been carried out mostly in form of clinical studies on inherited vitamin E deficiency, AVED, immune protection by vitamin E, anti-inflammatory action, especially to protect against NAFELD. The atherosclerosis prevention studies, numerous and expensive, have been successful in animal models but not in humans. As to the molecular mechanism of action of vitamin E, for many years it has been stated that it would act only against oxidative damage. This view has been challenged by indicating that in vitro and in vivo vitamin E modulates gene activity. More recently, potential activated forms of vitamin E have multiplied, including tocopherol phosphate and metabolic products of vitamin E. As to the molecular targets, kinases, phospholipids and microRNA have been considered. Unfortunately, science has not clarified in 100 years all the facets related to the action of this important molecule. Fortunately for researchers, many questions are still unanswered, and a great amount of work remains to be done.

Initial studies under the Choko-Age project are examining the effect of vitamin E and cocoa polyphenols on activation of atrophic processes following challenge of a human muscle cell model with cortisol and/or inflammatory cytokines (IL-6, TNF-alpha and INF-gamma) and/or reactive oxygen species (eg H2O2). Analyses include myotube diameter, volume, inflammation, insulin and cortisol metabolism, cytokine mRNA and protein release, cell death and redox status of cells including changes in cytosolic peroxiredoxin oxidation seen in muscles during ageing and data will be presented on these studies.

A subsequent study (see Migni et al abstract) examines the effect of a 3-month supplementation of older individuals with dark chocolate with high vitamin E content and cocoa polyphenols, combined with physical activity in a 3-month trial. Muscle biopsy analyses will include contractile characteristics of isolated fibres, cross-sectional area, inflammatory cytokines and the proportion of peroxiredoxins 2 and 3 in the oxidised form.

We hypothesise that the cytoprotective functions of vitamin E combined with cocoa polyphenols and physical activity may help prevent the age-dependent decline of skeletal muscle via key underpinning molecular events.
The event shorly anticipates the mid-term reporting event that will be held at the beginning of December to share the first achievements of the project. 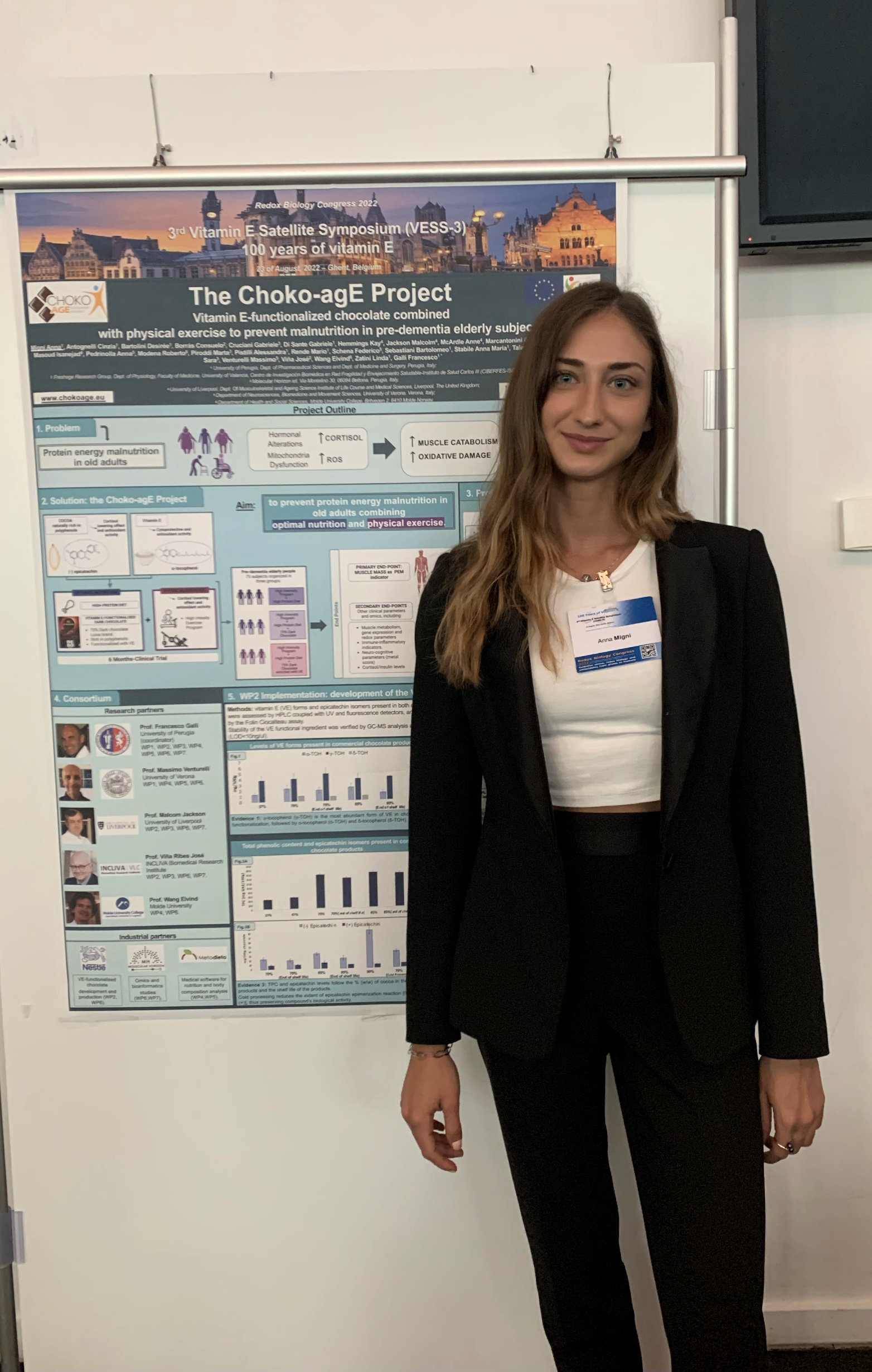 Subscribe to our newsletter and connect via Linkedin to receive important updates about the project. 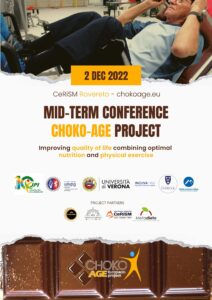 The Choko-Age consortium will host its mid-term conference in Rovereto on December 2nd, 2022. The one-day event will be divided as follows:… 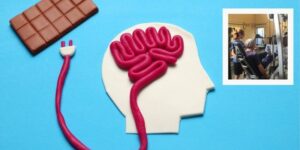 Can chocolate, one of the most popular sweets, rich in vitamin E and polyphenols, also help in reducing the risk of protein-energy malnutrition and frailty in the elderly with cognitive decline? Naturally combined with a structured physical activity program.

Subscribe to our newsletter and connect via Linkedin to receive important updates about the project.